Ever since I was a very young child, I have had a fascination with the built environment. Always present to me have been many examples of architecture, both those which were of high merit, woven into my memories, and those which were entirely forgettable. Some of these were humble works to which I had a deep personal connection. Others were grand pieces, impressive in both scale and architectural acclaim. The common thread that bound all these architectural pieces together was the ability to touch the senses and to cause both the mind and the heart to be aware of the world, and my place in it. One such piece of architecture that had a profound impact on me was Vietnam War Memorial in Washington D.C. by Maya Lin. 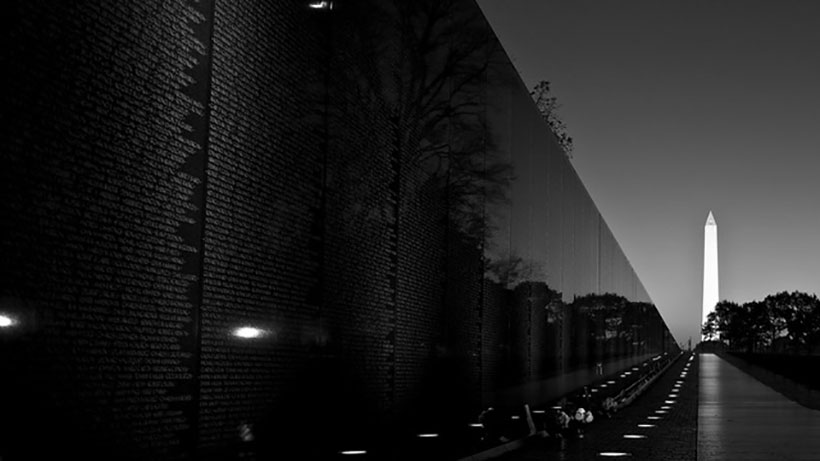 My first experience with the memorial was in June of 2004. This was not my first visit to Washington D.C. I had been to the National Mall several times before, visiting the great museums, archives, and government buildings. I always enjoyed seeing these works of architecture. Everything about them was impressive in scale, and in detail. Every time my family visited Washington D.C. it was a tradition to go see the national monuments at night. Grand as they were during the day, they seemed almost magical at night. On this particular night, the weather was warm and the air was heavy with humidity. The monuments were impressive as always. Clean and white, edifices of stone memorializing the great deeds of great patriots and founders of our country. On our way back from the Washington Monument towards our car which was parked near the Lincoln Memorial, we saw a sign which pointed towards the Vietnam War Memorial. In all our visits to Washington, we never had seen this particular memorial. It is a little off the beaten path and we never really knew where it was. Since we had never seen it, and my mother’s brother had served in Vietnam, we decided we would visit the memorial. The experience was more than I had anticipated. 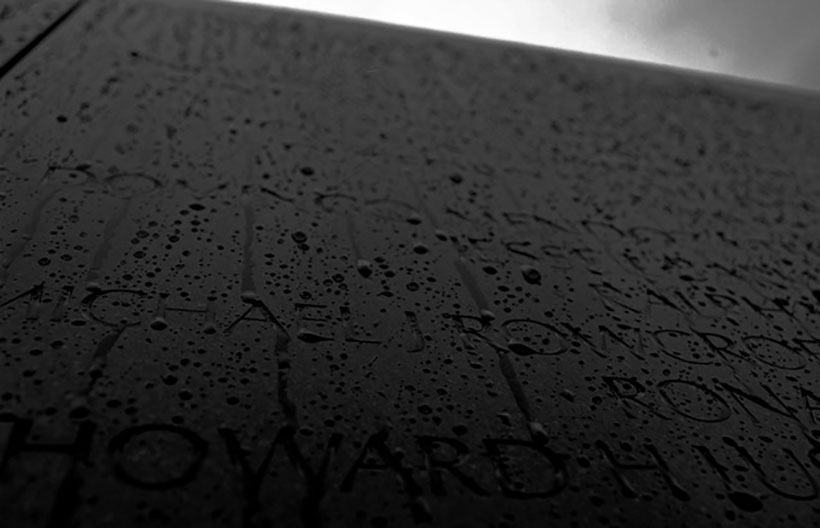 As we walked towards the memorial we could see very little. The humidity in the air clouded any distant vistas across the Mall. Before we knew it, we were at the memorial. As we walked along, a sliver of black polished granite started at our feet. Slowly as we moved forward the monument gradually revealed itself. As we proceeded down into this scar in the earth, the names began. Name after name carved into the mirrored black granite face. First, only names down at the height of our knees. Then up to the waist. Then eye level. So many names. Before we knew it we were at the bottom of the memorial. Names upon names of those lost in senseless war towered overhead. Here at the bottom of this cut into the earth, I looked to the right as the wall continued, a mirrored image of the wall behind us, with just as many lives memorialized in the granite wall fading into the mist, with the Washington Monument in the distance. The feeling was almost suffocating. So much loss. So much pain. So much sacrifice. I could see myself reflected in the granite between the names. Many of these men and women whose names were listed were probably about my age when they made the ultimate sacrifice. I found myself weeping. The emotion that this simple, almost understated piece of architecture captured was palpable. It was as present as the wall itself. Never had I know a single wall to have so much power. As I stood there with tears running down my face it was as if the sky couldn’t contain its emotion any longer. It began to softly rain. As the rain hit the wall, the names disappeared, the thin curtain of water making the surface a simple black plane of granite. As I walked along the remaining wall, I couldn’t see the remaining names, yet I knew they were there. We walked in silence to the edge of the memorial. Looking back the memorial seemed so simple. Just two granite walls. But it was so much more than that. What Maya Lin had accomplished in her design was nothing short of perfection.